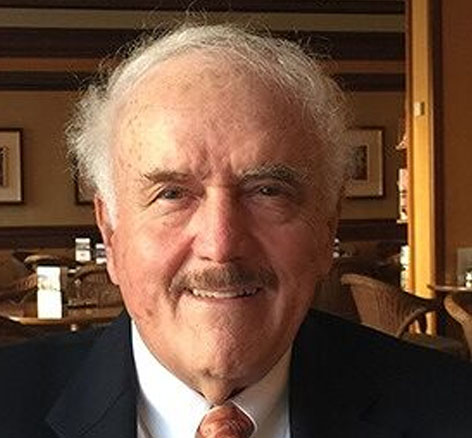 Described by the Washington Post, Smithsonian Magazine, NPR and PBS as a “Modern Renaissance Man,” Bulent Atalay is a scientist, artist and author.

He quips that after his participation in a dubious archaeological expedition to Mt. Ararat in Eastern Turkey, one in which the late astronaut James Irwin was also a member, however, a 1984 edition of the Washington Post had carried a lengthy story, “Indiana Atalay and the Search for the Ark.” With roots in Turkey and England, Atalay now resides in the United States. His grandfather was a Turkish military officer who survived the Battle of Gallipoli in WWI, only to die while fighting against Lawrence of Arabia in 1916. His father was also a military officer, as well as a diplomat who served as diplomatic courier to European capitals during WWII, and subsequently held successive assignments as military attaché to London, Paris, and Washington. Read "A Tribute to Kemal Atalay."

He received his early schooling at Eton in England and St. Andrew’s School in Middletown, Delaware, the institution which served as the site of the 1989 Robin Williams film, Dead Poets Society. He went into physics by accident when a secretary in the admissions office at Georgetown University read his intended career as "physicist" instead of "physician," and he stayed in physics when he found he had latent interest in the field. His advanced education includes BS, MS, MA, PhD and postdoctoral studies, completed at Georgetown, Princeton, University of California-Berkeley, and Oxford University. A professor of physics in Virginia now, he has previously been a member of the Department of Theoretical Physics at the University of Oxford, as well as the Institute for Advanced Study in Princeton, where Einstein spent the last twenty-five years of his life.

An accomplished artist, Atalay has presented his works in one-man exhibitions in London and Washington, and his two books of lithographs — Lands of Washington and Oxford and the English Countryside — can be found in the permanent collections of Buckingham Palace, the Smithsonian, and the White House. Ten years after its release by Smithsonian Books in April 2004, his best selling book, Math and the Mona Lisa, has had numerous printings in English, and appeared in thirteen languages. His last book, Leonardo's Universe, coauthored with former student Keith Wamsley, was released by National Geographic Books in 2009, and declared "... one of ten must-have books for the year," by the Britannica Blog writer. It has appeared in English and Japanese. In April, 2019, the National Geographic Society released the book as a "bookazine," abridged to 25,000 words with the title Leonardo da Vinci: Celebrating the Renaissance Man. Atalay is currently working on a new book, “No ordinary Genius: Leonardo, Shakespeare, Newton, Beethoven, and Einstein,” seeking the traits of a handful of "transformative geniuses," who define their respective fields. "Ordinary geniuses" need not apply!

Professor Atalay, whose permanent home is in Virginia, lectures around the world, mostly on the "A-subjects" — art, archaeology, astrophysics, atomic physics, Ataturk — admitting to knowing far less about the "B-subjects" — business, banking, biology and botany... He has addressed general audiences at the Cosmos Club, Smithsonian, National Geographic Society and Yale University; physicists, mathematicians and engineers at NASA, Caltech, Stanford, Harvard and Duke; physicians at Johns Hopkins, the University of Virginia and NIH; and the art community at Cornell, the Virginia Museum of Fine Arts (VMFA), Corcoran Gallery of Art (Washington, DC), and the High Museum (Atlanta, GA). He has given talks abroad at the Universities of Oxford, Istanbul, Vienna, as well as at a variety of venues in Asia — India, Japan, Korea, Malaysia, and Thailand. He is a regular keynote speaker to gifted students at Thomas Jefferson High School, and Johns Hopkins Center for Talented Youth (CTY). He is also a frequent lecturer on board ships of the Crystal, Seabourn, and Silverseas Cruise Lines.